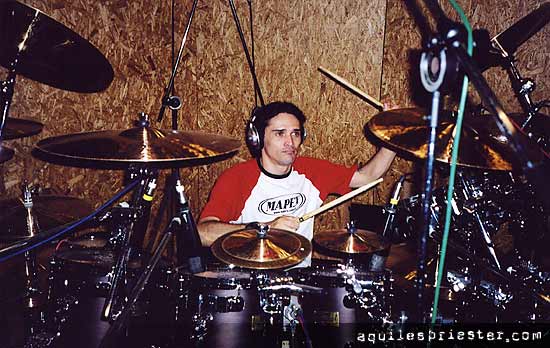 In 1985, during ‘Rock In Rio’, he puts together his own drums using things like cans, ice cream pots and gas stripes and starts drumming in the back of his house. A year later, along with some school friends, he starts to dub a Brazilian band called “Ultraje a Rigor”… At this moment he discovered a great passion that would go along with him for the rest of his life.

Living in the past